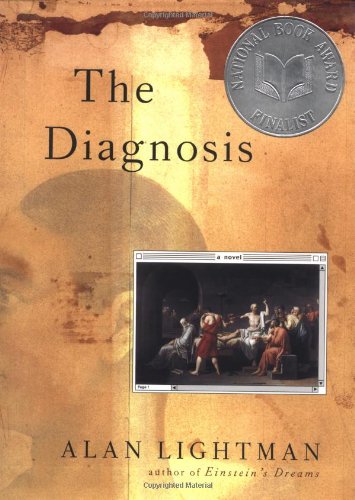 The author of Einstein's Dreams has made a darkly affecting book out of what seems at first to be unpromising material. Bill Chalmers is an executive at an ""information company"" in Boston who on his way to work one day forgets completely who he is, what he does or where he is supposed to be going. After a number of nightmarish experiences, in which he rapidly becomes a homeless bum, he awakens in a hospital, more or less his old selfDexcept that his body is beginning to turn numb. So far, this approximates a conventional ""breakdown under the pressures of civilization"" story (and Lightman is particularly good at evoking the impersonal horrors of contemporary urban life). But the progress of Chalmers's ordeal is much stranger, richer and more weirdly comic than that. He sees a doctor who can offer only infinite tests, a psychiatrist who seems equally at a loss. Wife Melissa, conducting a cyber affair with a professor (e-mails figure extensively in the book, the kind of typos we all commit rendered with malicious glee), begins to fall apart, taking to drink as Bill gets worse. Eventually confined to a wheelchair, Bill senses that his son, Alex, a computer geek, is growing apart from him. When he's fired by his employers, Bill sues them for unfair dismissal of a sick man. All this is conveyed in scenes that show a subtly calibrated mastery of comic timing, emphasizing contemporary heedlessness and a helpless anger. The ending, as Chalmers draws increasingly inward, seeing himself only as a brain stem in an utterly dysfunctional body, carries haunting echoes of a similar passage at the conclusion of James Joyce's The Dead. Lightman's masterly study of early 21st-century angst is marred only slightly by a series of episodes from the trial and hemlock poisoning of Socrates, first called up as an e-lesson by Alex, then read by him and Melissa to Bill as he sinks further into desuetude. Vivid as these scenes are, their link with the present is extremely tenuous. Is Lightman saying that things were just as bad 2,000 years before cell phones and traffic jams, or is he imparting some hidden Socratic instruction? (Sept.)
close
Details