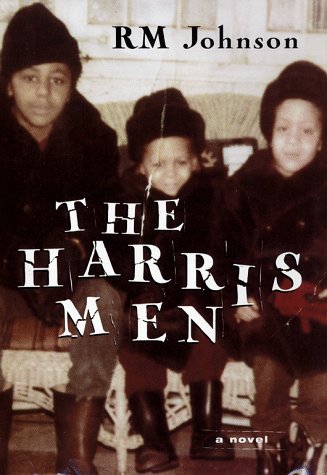 If situation tragedy were a television genre, Johnson's bittersweet and gently didactic first novel could be made into its flagship show. The three Harris boys--Austin, Marcus and Caleb--try with various success to live their adult lives as they daily contend with the repercussions of paternal abandonment and their mother's premature death. When Julius, their father in absentum, discovers he has 30 months left before cancer takes him, he decides to find the sons he hasn't seen since he left Chicago two decades ago. Austin, the eldest, who benefited most from Julius's time in the house, has become a lawyer: prosperous, emotionally withdrawn and suffering in the doldrums of a comfortable marriage and loving children. Marcus, the middle son, his mother's favorite, is a wary loner, a touch righteous and embittered that fate left him all alone to raise his younger brother, Caleb. For his part, Caleb carries on the legacy of precarious domestic arrangements. Self-hating and a self-designated black sheep, he struggles to support his girlfriend and to raise a young son. As we are introduced to the brothers Harris, Austin is leaving his young family; Marcus's fears about the pain implicit in intimacy are inhibiting him emotionally and Caleb, fleetingly buoyed by a job opportunity, is plunged again into desperation. Circumstances force the estranged brothers to reacquaint, and in this uneasy new relationship Julius finds them. His remorse, and the quickened neediness of his sons, brings these men closer than they have ever been. In unremarkable yet unfaltering prose, Johnson looks at the microcosm of one African-American family and in so doing bears sympathetic witness to the widespread American phenomenon of fatherless households and absent role models. Agent, Elizabeth Ziemska at Nicholas Ellison. (Apr.)
close
Details