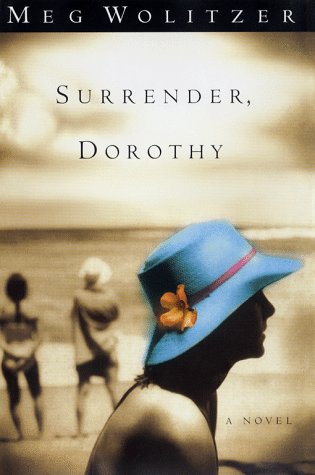 Each of Wolitzer's novels (Friends for Life, etc.) has demonstrated this young writer's growing grasp of narrative technique. Here, her seamless prose and light touch animates an exquisitely wrought story about the sudden death of a charming 30-year-old woman. Despite the tragic situation, readers will be intrigued, even delighted, with the unfettered honesty and wry humor pervading the grieving process that Wolitzer describes. Sara Swerdlow is ""pretty, but not vacant,"" smart rather than brilliant, uncomplicated, easy-to-take, beloved; she dies in a car crash at the end of the first chapter, at the onset of a summer vacation with friends. Sara's mother, the heartbreakingly rendered Natalie, is devastated by her only child's death. (Mother and daughter were extremely close; ""Surrender, Dorothy,"" they would say to each other on the phone as a signal to tell all.) She cannot face a funeral or the weeping friends, and arranges a private burial. But it isn't long before Natalie is on her way to the summer house where Sara and her friends always spent the month of August. Already at the beach house are Sara's best friend, Adam, a successful young playwright dubbed ""the gay Neil Simon"" by the media; his companion, Shawn; and Maddy and Peter, Sara's long-married friends who have just had their first baby. Natalie takes Sara's room and for a few weeks inhabits her daughter's life. She comes to know Adam, acts as a stand-in mother for needy Shawn and finds herself attracted to Peter, setting off a crisis as she inadvertently reveals to Maddy one of Sara's more troubling secrets. Wolitzer enchants with wholly realized characters and a sly narrative voice that floats just above the angst and searing grief of Sara's loved ones. The password phrase ""Surrender, Dorothy"" takes on a new meaning for the bereft mother in a fitting, radiantly understated conclusion. (Apr.) FYI: Film rights optioned by Showtime Channel/Tribeca Films.
close
Details