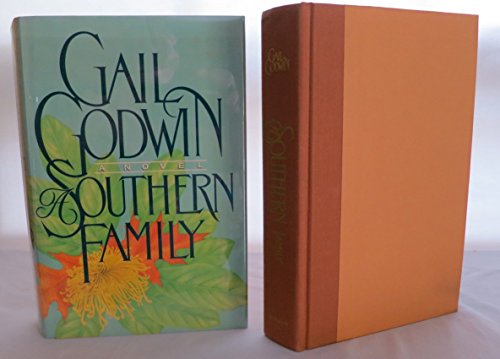 ""All families have themselves problems,'' says Snow Mullins, one of the marvelously defined characters in this rich, rewarding novel, surely Godwin's best to date. Snow herself is one of the Quick family's problems: Theo Quick has married the uneducated (but shrewd) hillbilly woman to the chagrin of his upper-middle-class parents and siblings. Ralph and Lily Quick are not role models: their marriage has been deteriorating for many years, and their house on Quick's Hill in Mountain City, S.C., mirrors both their aspiring gentility and general decline. When Theo, separated from Snow, shoots another woman who apparently has rejected him, the shocking and never fully explained event is a catalyst for many changes and insights in the survivors' lives. Both Clare Quick, Lily's daughter by a first marriage, and Rafe, the younger brother, are plagued with guilt over their failures to heed Theo's desperation. Throughout the leisurely narrative, Godwin examines the traditional concept of family, and speculates on filial duty versus the need to live an independent life; she comments on Southerners as a particular breed, on the solace of Catholicism, and on the essential inscrutability of human relationships. Because Clare is a successful author who muses about her craft, one is very conscious of a writer's sensibility here. ``The kind of fiction I was trying to write,'' Clare says, is deep breathing, reflective and with . . . a patience for detail.'' She also refers to the quality of ``compassionate understanding.'' Those words describe this wise, humane, immensely appealing novel very well. 150,000 first printing; $200,000 ad/promo. (September 25)
close
Details