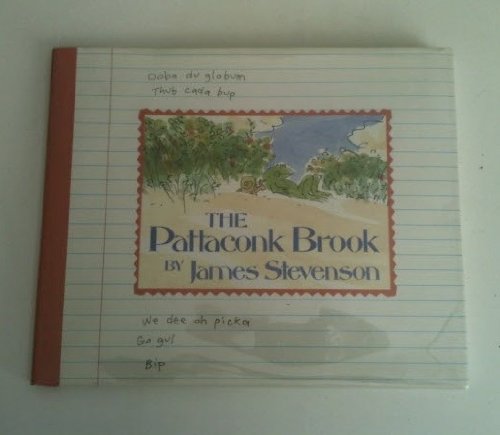 Stevenson's mellifluous verse flows gracefully over these pages, much like the Pattaconk Brook it follows ``Down from the meadow where birch trees are leaning, / Down from the wildflowers yellow and blue, / Down through the dark green, wet, moss-covered boulders, / Over gold pebbles, past giddy ferns waving, / Plunging and pitching, tumbling and shivering . . . .'' Sidney the frog is perched on the bank with a notebook, carefully recording the sounds of the brook (``Thub cada bup''), when Sherry the snail joins him. Curious about what the brook sounds like farther downstream, the two jump on a branch and ``ride down the Pattaconk, glide down the Pattaconk, / Slide down the Pattaconk, down to the sea!'' When the friends arrive at the shore, they discover a new world of sights, smells and, of course, sounds. Deciding that she likes it by the sea, Sherry announces she will stay and apologizes to Sidney, who simply yet eloquently cuts to the heart of the book: ``That's all right . . . You like where you're going. I like where I'm from.'' Though the tale's settings don't allow for great variations in color, Stevenson's trademark, wispy watercolors are as engaging as ever. But more distinctive is his deceptively simple, ear-pleasing verse, which sounds a subtle yet meaningful note about friendship. Ages 4-up. (Oct.)
close
Details