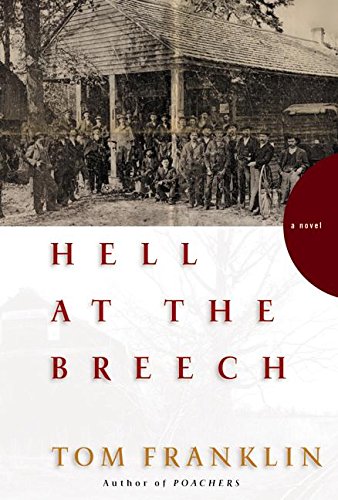 HELL AT THE BREECH

This immensely accomplished novel by the author of the Edgar Award–winning short story collection is based on a real-life feud in the 1890s that pitted the underclass—poor, mostly white sharecroppers—of Clarke County, Ala., against the land-owning gentry who could and did control their fate. But that simple summary does not do justice to the complex and incredibly violent events that shook the community. The seeds of the violent uprising are planted when Macky Burke, a poor, white teenage orphan living with his grandmother, the widow Gates, accidentally shoots local merchant Arch Bedsole during a holdup. Arch's enraged cousin, Quincy "Tooch" Bedsole, a down-at-the-heels farmer, cultivates those seeds with a mixture of resentment, greed and a desire for vengeance. He forms the "Hell-at-the-Breech" gang, made up of criminals and struggling white tenant farmers who but for their guns are nearly as powerless as the former slaves they compete with for work. Hell-at-the-Breech terrorizes Clarke County, exacting frontier justice (and cash) from the exploitative landowners, driving black sharecroppers out of the county and menacing the white farmers who are too law-abiding to join their ranks. Fighting the outbreak of violence is Sheriff Billy Waite, an essentially good man trying to keep the peace and administer justice in a lawless world. Despite an unremitting catalogue of violence, this gory book is a pleasure to read for its clean, unexpected turns of phrase (in a cotton field, "each tuft [is] white as a senator's eyebrow"); the laconic humor of its characters ("Rumors fly out of Mitcham Beat like hair in a catfight"); and vibrant, complex characters who spring from the pages. Franklin may have used history as a starting point, but he imagines the events in human terms, creating a book that transmutes historical fact into something much more powerful, dramatic and compelling.