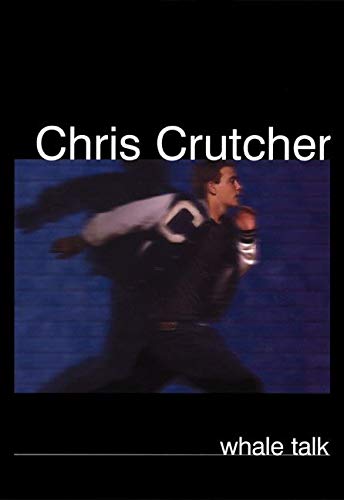 Crutcher's (; ) gripping tale of small-town prejudice delivers a frank, powerful message about social issues and ills. Representing one-third of his community's minority population ("I'm black. And Japanese. And white"), narrator T.J. Jones voices a darkly ironic appraisal of the high school sports arena. Despite his natural athletic ability (at 13, he qualified for the Junior Olympics in two swimming events), T.J. has steered away from organized sports until his senior year, when Mr. Simet, a favorite English teacher, implores him to help form a swim team for the school (and thereby help the teacher save his job). T.J. sees an opportunity to get revenge on the establishment and invites outcasts to participate on the team; he ends up with "a representative from each extreme of the educational spectrum, a muscle man, a giant, a chameleon, and a psychopath." As might be expected, he accomplishes his mission: his motley crew of swimmers is despised by more conventional athletes (and coaches). The swimmers face many obstacles, but their dedication to their sport and each other grows stronger with every meet. The gradual unfolding of characters' personal conflicts proves to be as gripping as the evolution of the team's efforts. Through T.J.'s narration, Crutcher offers an unusual yet resonant mixture of black comedy and tragedy that lays bare the superficiality of the high school scene. The book's shocking climax will force readers to re-examine their own values and may cause them to alter their perception of individuals pegged as "losers." Ages 12-up.