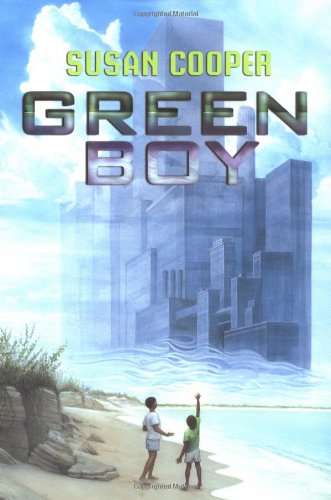 Set in the fictitious Bahamanian island of Lucaya, Cooper's () latest fantasy begins with restful images of whistling ducks, bonefish and casuarina trees, but soon quickens its pace as two worlds collide for 12-year-old Trey and his "strange and special" younger brother. Although seven-year-old Lou is mute, he finds ways to communicate in his own world and in the "Otherworld" of Pangaia (referencing Gaia, also known as the earth goddess). At home, in their world, Lou and Trey's granddad wages a battle against developers who wish to create a resort on their unspoiled island. Meanwhile, in the Otherworld, Lou is the prophesied hero who solves a riddle and then transforms into a giant Green Man flowing with vegetation and rids it of its pollution. The message is clear: Pangaia portends the earth's future. In each setting, the narrative gives way to moments of preachiness or melodrama about protecting our environment; at the island meetings, for instance, winter residents, or "yachties," become contrite about their past sins and the "greenies" in Pangaia are labeled "terrorists" by the government officials. A subplot involving the boys' father wraps up a bit quickly and, in a somewhat contrived scenario, the idyllic Bahamian island is spared from development. As the story unfolds, however, young readers are likely to be pulled in by the sensitive portrayals of Trey and Lou, the mysterious adventures in Pangaia and the whirlwind climax. Ages 9-12.