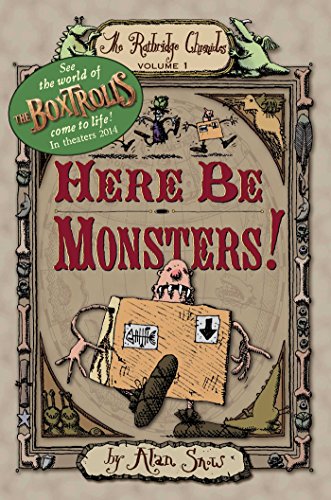 Snow ( ) stakes a claim to Roald Dahl territory with his imaginative debut novel, the launch of the Ratbridge Chronicles. Young Arthur, equipped with a flying machine, enters the town of Ratbridge with the aim of stealing some food for himself and his grandfather, who live underground. The boy witnesses a "cheese hunt" (blocks of cheese, in this world, are "nervous beasties, that eat grass by night, in the meadows and woodlands," and easy prey for hunters), an illegal entertainment led by a top-hatted rogue called Snatcher. Arthur finds himself trapped in Ratbridge, where he falls into the caring hands of Willbury Nibble, the Queens' retired lawyer. The kind gent promises to help him locate a tunnel back home—but Snatcher has sealed all the entries. Snow uses this hero's return tale to explore his invented world, stuffed to the gills with British oddities, many of which appear in his plentiful cross-hatched pen-and-inks. His eccentric characters include beached pirates who do laundry for a living, underground-dwelling cabbageheads, and the Irregular Police Force, whose members ride bicycles with octagonal wheels ("the policemen could be heard a long way off as they let out little cries of pain at every turn of the wheels"). A larger story involves villainous Snatcher and a machine he has stolen that can shrink and enlarge living creatures. This veritable city-state of a novel is as sprawling as it is silly. Ages 8-14.