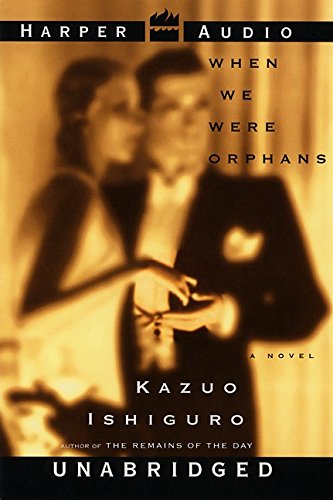 Set in Shanghai on the eve of World War II, Ishiguro's Booker-nominated novel follows the surreal predicament of Christopher Banks, an English expatriate whose overwrought state is perfectly rendered by narrator John Lee. After his parents are mysteriously kidnapped, nine-year-old Christopher is shipped off to England, where he grows up to become the Sherlock Holmes of his times--a man able to right wrongs, restore order. After 18 years, Banks returns to Shanghai with the bizarre notion that if he can find his parents, he can prevent the world war. Banks's search drags him through the era's Chinese-Japanese war in a masterful sequence where past and present, reality and imagination, good and evil become indistinguishable. Lee seamlessly renders Banks's complex psychology, but he employs an exaggerated nasal voice for the characters of several pompous Brits, and his Chinese and Japanese accents are often off-putting. But listeners probably won't let these small blemishes keep them from Ishiguro's much-acclaimed tale of abandonment, nostalgia and self-delusion. Based on the Knopf hardcover (Forecasts, July 10). (Sept.)
close
Details