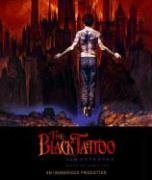 Lee possesses some of the weary working-class grandeur of Michael Caine, shading his reading of Enthoven's debut fantasy novel set in London and the underworld with the occasional broad mannerism, and raising his voice to a goblet-shattering screech for emphasis. Lee is innovative in his voicings, though; he provides some of the slinkier, more seductive characters in Enthoven's book with a baritone boom that will rumble speakers, and other characters banter agreeably with a delicate chirp. This tale of two boys swept up in an ancient secret mingles the magical and the mundane, and Lee superbly handles both elements of the book, comfortably portraying British boys and age-old demons. His performance summons the grandeur of both London and Hell itself, and more than adequately fleshes out Enthoven's characters in all their multifariousness. Lee is a narrator to watch. Ages 9-up.