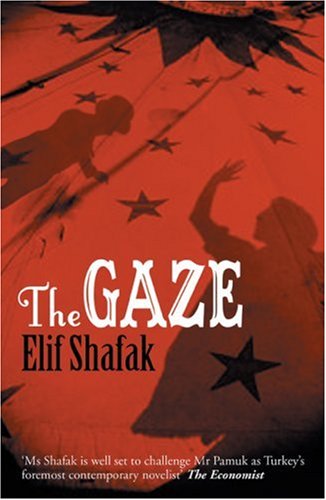 Originally published in Turkey in 1999 to wide acclaim, this screwball love story is Shafak's third novel. (Her fifth, , was published here in 2004.) Loosely organized around a neurotic obese woman and a feisty dwarf, it teems with parallel plots and digressions, freely leaping from modern apartment living in Istanbul to a 19th-century Turkish freak show and fur hunts in 17th-century Siberia. Shafak's prose (ably translated by Freely) follows a humorous, idiosyncratic course, seizing on arresting visual details, such as "a house the color of salted green almonds" and dispensing oddly charming aphorisms: "Love is a corset." (She adds: "In order to understand the value of this you have to be exceedingly fat.") At one moment, a faceless newborn's features are etched on by an anxious aunt; at another, a shipwrecked Russian sailor surprises a shaman in flagrante delicto with an oversized sable. The early parts of the novel can feel maddeningly unfocused for a book about the power of the stare. Later pages home in on an unexpected emotional trauma, and the atmosphere of fantastical levity clears to reveal an urgent, human pain. Shafak probes the many ironies of appearance and perception with entertaining and affecting results.