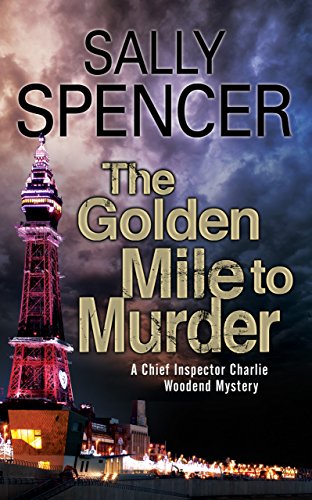 THE GOLDEN MILE TO MURDER

It will come as no surprise to the astute reader that Spencer () was born and raised in Cheshire, as her murders have a genuine catlike creepiness about them and her bloodcurdling finale leaves one with a maniacal grin. Her seventh Charlie Woodend procedural is a walk on the wild side of Blackpool, Britain's R-rated Disneyland for the working classes. Det. Insp. "Punch" Davies has been found brutally murdered under the amusement pier. Everyone seems to think old Punch was up to something he shouldn't have been, and no one wants Woodend to find out about it. Likewise, they are most anxious that his investigation not hurt the tourist trade. He and his new partner, Monika Paniatowski (who has problems of her own as the first woman detective sergeant on the force), are faced with a case no one wants solved. In no time, the case involves several other cases Davies was investigating, one of which may provide the motivation for his murder. Spencer is an accomplished craftsman who serves up a good puzzle and deftly solves it with intelligence and insight. She manages a large cast of characters and a detailed portrait of Blackpool without losing the thread of her story. The book is a bit too leisurely to begin with and Woodend too pedantic to like very much, but it does carry a jolly good sting in its tail that should give the reader a shiver or two.