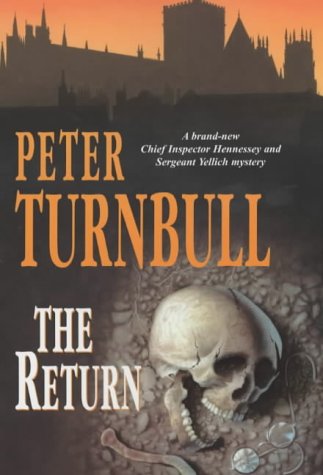 In this smooth, deftly plotted police procedural, British author Turnbull brings back the likable team of Chief Inspector Hennessey and Sergeant Yellich () to solve the 22-year-old murder of a newly graduated law student in York. When a man looking for buried treasure stumbles on a skeleton in a private woodlot, the police pathologist can be pretty certain of the cause of death—a massive blow to the back of the skull with an object like an ax handle. After identifying the remains as those of Norris Smith, the detectives seek out and notify Smith's family. Although the search sometimes leads beyond the city, York, with its "snickelways" (narrow passages) and paths over its walls, is an intrinsic part of the story and is affectionately described by Turnbull, who also develops his characters, even the minor ones, with care, sympathy and consistency. Hennessey and Yellich use straightforward investigative methods to locate, first, the woodlot's owner, Aaron Ffyrst, of the law firm Ffyrst, Tend and Byrd (known in York as First, Second and Third), and then three of Smith's law-school classmates, Bernard Ffyrst, Paul Stapylton and Margaret South. The two policemen think they've found the killer, but convincing evidence for the old crime is sparse until one of the three former classmates is murdered. Then the loop swiftly closes, with the English class structure proving to be the real villain. This understated novel will satisfy all those who appreciate traditional, well-made whodunits.