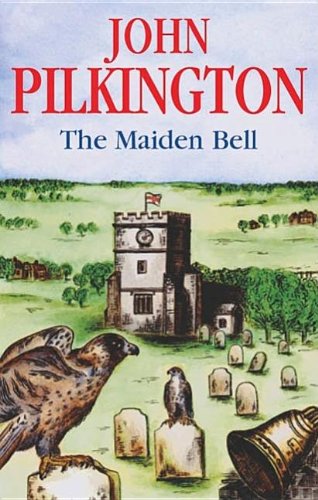 When bird-hunting "bat-fowlers" discover the battered body of saintly churchwarden Will Stubbs one night in Lambourn Wood, versatile falconer Thomas Finbow investigates in Pilkington's diverting fifth Elizabethan historical (after ). A surfeit of characters slows the plot, but tension builds as Thomas, aided by parish clerk Jonas Crouch, uncovers links between several other missing locals and covetous landowner William Elyot, who is intent on enlarging his riverfront manor by any means. St. Michael's Church in Lambourn is a "place of strife" under stern vicar Richard Starling, while bell-founder Simon Goodchild and his eccentric family try to cast a new "maiden bell" for the parish amid the rivalries of church and town officials. As background to the town's many miseries, plague is ravaging England just as military commander Sir John Norris is raising an army to invade France at the behest of aging Queen Elizabeth. Twists at the end add a touch of pathos if not surprise.