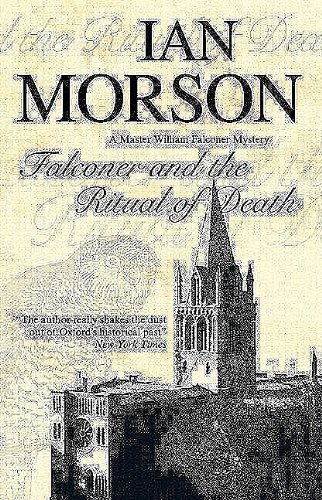 Falconer and the Ritual of Death: A Master William Falconer Mystery

A grisly discovery sets the stage for Morson's solid sixth whodunit to feature William Falconer (after 1999's ). In 1271, workmen tearing down a house to make way for Oxford University's first residential college uncover skeletal remains in a wall. The body's age forces Falconer to probe events two decades earlier when the house was first built. England in 1250 was beset by rumors that the End of Days was coming, and that the Jewish community was responsible for a child's horrific ritual murder. The cold case becomes much warmer after one of the men who found the remains turns up dead himself. The academic sleuth comes to suspect that the truth behind the killings may revolve around closely guarded secrets about the Knights Templar. Morson, who does a nice job conveying the bigotry of 13th-century England, convincingly renders the period through well-chosen detail.