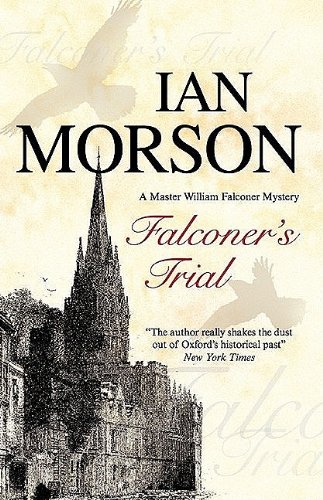 Oxford regent master William Falconer, the hero of Morson's medieval historical series, goes to jail on a murder charge in the well-crafted seventh entry (after 2009's ). When a witness spots Falconer bending over the corpse of Ann Segrim on a garden path, his hands covered in blood, the authorities soon learn that Falconer provided the victim, who was poisoned, with a potion a few days before, ostensibly to treat an illness. Incarcerated, Falconer must allow others, including the town constable, Peter Bullock, and the academic's Jewish lover, Saphira Le Veske, to gather the clues that will spare him from execution. Among many theories to explain Segrim's murder is one pointing to her husband's half-brother, whose advances she may have rejected. Another involves a Templar plot to kill the royal family. Despite relegating the main character to a supporting role, Morson keeps the action moving briskly.