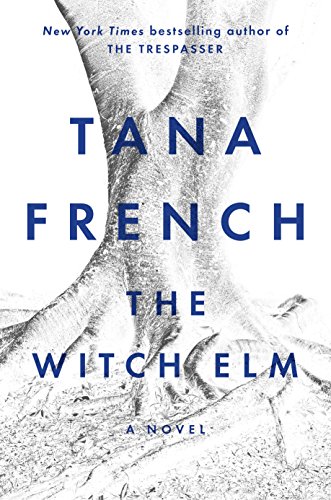 Reviewed by Julie Buntin The Witch Elm is Tana French’s first standalone, following six Dublin Murder Squad mysteries. It’s as good as the best of those novels, if not better. In theme and atmosphere, it evokes her earliest two books, Into the Woods and The Likeness, using the driving mystery—of course, there’s a murder—as a vehicle for asking complex questions about identity and human nature. But in this latest work, privilege is French’s subject; more specifically, the relationship between privilege and what we perceive as luck. Who might we become if the privileges we take for granted were suddenly ripped away? Instead of a world-weary detective, our narrator is Toby, an easygoing 20-something who has always taken his wild good fortune as a matter of course. He’s attractive, clever, and universally liked. A publicist for a Dublin art gallery, he has a girlfriend so saintly that it takes a while for her to register as a real character (or at least for him to see her that way). Then robbers break into his apartment and beat him so badly that the physical damage permeates every aspect of his life, fundamentally altering his appearance, his gait, and his sense of self. His memory is newly riddled with gaps; his frustration as he attempts to discern what’s real, what’s remembered, and what’s paranoia adds fuel to the plot. While he’s in the hospital, his beloved Uncle Hugo, keeper of the Ivy House, a family property that’s rendered with French’s signature attention to real estate, is diagnosed with terminal brain cancer. Toby moves in with him, both to keep him company and because he, too, needs a caretaker. When a human skull turns up in a hollow of a witch elm in the backyard of the Ivy House, the plot revs its engine. Who does the skull belong to? And what does Toby have to do with whoever died in his backyard, or at least who was buried there? In typical French fashion, just when you think you’ve started to piece it all together, the picture shifts before your eyes. It’s a bold move to wait until nearly a third of the way into the book to deploy the body. But what might seem like throat-clearing in another writer’s novel is taut and tense in The Witch Elm, thanks to a layered network of subplots and the increasing fragmentation of Toby himself. In many ways, the most interesting question the novel asks is not whodunit; it’s whether, and how, Toby will come back together again. Stepping outside the restrictions of the Dublin Murder Squad format suits French. Readers used to the detective’s perspective might miss the shop talk, not to mention the pleasure of inhabiting the POV of the smartest character rather than (in this case) the most bewildered. By channeling the story through a narrator who’s unfamiliar with the very worst parts of human nature, she’s able to put her thematic questions at center stage . She carefully builds Toby up, and then strips every part of him away; the result is a chilling interrogation of privilege and the transformative effects of trauma. Julie Buntin is the author of Marlena, a novel.

Correction: An earlier version of this review misstated the number of Dublin Murder Squad mysteries Tana French has written.