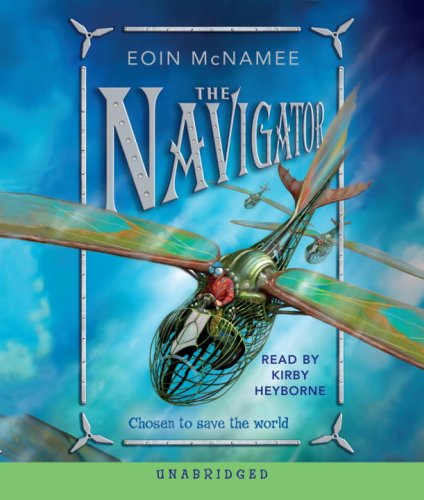 With a vocal performance that sounds both youthful and polished, Heyborne gamely takes on this spirited, swift-moving fantasy-adventure, the first children's book by Irish novelist McNamee. Though villagers whisper of suicide, Owen is not certain of how his father mysteriously died. He only knows that life without his father has been isolating and difficult, throwing his mother into a depression. While visiting the hillside hideaway that brings him some solace, Owen meets a tiny man (who occasionally sounds like Sean Connery); he foretells the boy's key role in the dangerous exploits to come. The encounter has placed Owen into a sort of time portal; he is soon recruited by the Resisters, those battling a group called the Harsh who have caused time to shift backwards in an effort to wipe out humanity. A plucky girl named Cati is along for the wild ride, which is likely to broaden the appeal of this recording. Though sorting out the logical intricacies of the plot can be a bit tricky, listeners who stick with it will be satisfied by this exciting yarn. Ages 10-up.