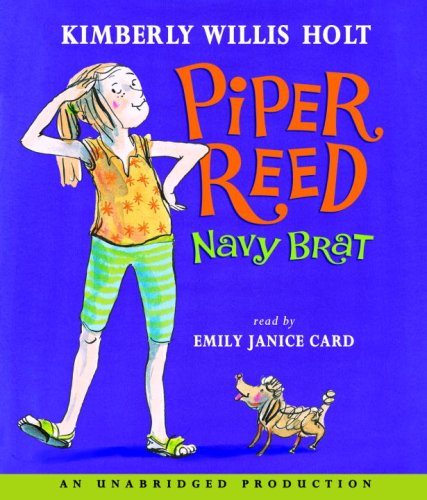 Nine-year-old Piper Reed is used to her family moving to a new place every two years because of her father's job as a mechanic for the Navy. “When a man joins the Navy, his family joins the Navy,” he always explains. But the most recent upheaval, a move from San Diego to Pensacola, Fla.—in the middle of the school year, no less—seems especially trying for the whole clan. Fortunately there's not much that can dim Piper's spunk for long. Soon she forms a new band of pals, her Gypsy Club, and decides that when she grows up she may even join the Blue Angels flight team (which practices nearby). Though Card's voice is laudably youthful, it has a nasal tone, stretched to the limit during some exaggerated whining by Piper's youngest sister Sam. Additionally, Card's pacing often feels a bit slow for the material. But young listeners will be happy to make the acquaintance of this new character, who is slated to be the star of a series. Ages 8-up.