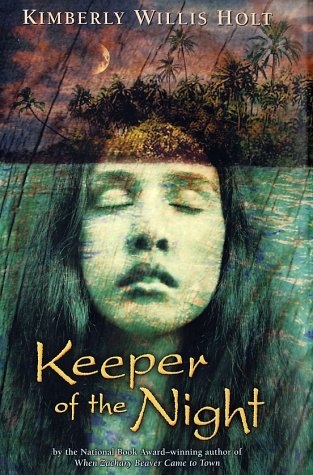 KEEPER OF THE NIGHT

Holt's (; evocative novel set in Guam traces the difficult months following the suicide of native girl Isabel's mother. Brief (half- to three-page) chapters capture the heroine's moods and memories as she takes on added responsibilities at home and struggles to reclaim a sense of normalcy.

Isabel's narrative poetically conveys her observations about the changes in each of her family members since the tragedy. Her younger sister, Olivia, now has nightmares and wets the bed; her father, always a man of few words, becomes even more silent and distant than before ("He's the magic man, reinventing the disappearing act"). Isabel is most deeply affected by the alterations in her brother's behavior. Frank, who once "knew every knock-knock joke by heart," becomes "a stranger in the house," as he grows increasingly removed and self-destructive. Holt smoothly juxtaposes here-and-now segments with haunting recollections of Isabel's "sad and beautiful" mother, whose image starts to fade in the narrator's mind over time. The author works magic, recreating the sights, sounds and smells of Guam and encapsulating the essence of her characters through very few words. Readers drawn into Isabel's sadness will also share her surge of hope as she and family members begin the process of healing. Ages 12-up.