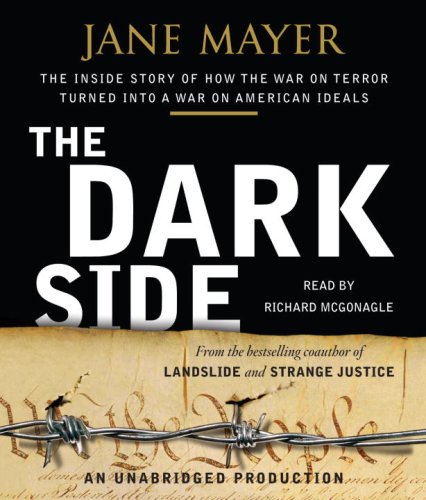 The Dark Side: The Inside Story of How the War on Terror Turned into a War on American Ideals

Following the paper trail left by the blank check the government and the citizenry gave the Bush administration after 9/11, Mayer tracks the nuanced and specific actions that have resulted in a devaluation of American ideals both domestically and abroad. Her talent lies in identifying the key moments, cases, actions and decisions that proved pivotal in empowering a monarchical executive power to avoid checks and balances. Mayer's comprehensive and detailed approach certainly ranks her work higher among the scores of books on the Bush administration. Richard McGonagle has a powerfully resonant and gruff voice that is at times deliberate and works effectively with the tone of this book. Occasionally, however, he seems distant, not monotonic, but projecting the sense he is just going through the motions.