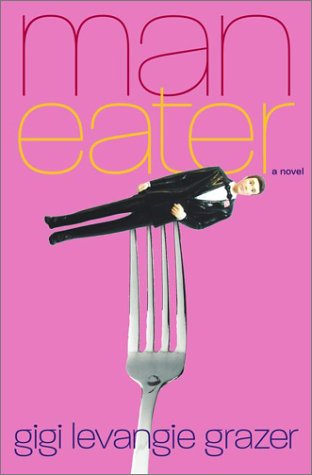 Masquerading as chick lit, this pitch-black comedy by Grazer () is actually a scathing satire of L.A. society (to use the term loosely). Clarissa Alpert is 31-admitting-to-28, wears only Gucci and Prada, greets friend and foe alike with "a triple-cheek air kiss" and "had slept her way, without mercy, regret, mourning or conscience, through Greater Los Angeles." Her four best friends, less clever than she but equally venal, agree that Clarissa is the valedictorian of men. Among them, love is rare, but sex is plentiful and organized into a precise taxonomy that includes the "Curiosity Fuck," the "Boredom Fuck" and more. But lately Clarissa has decided that it's time to get married. Fortuitously, film-school grad and would-be producer Aaron Mason appears in her life. He's wearing cowboy boots (ugh), but driving a Bentley (her favorite car to be seen in); he's a foreigner (anyone born between California and New York is foreign), but the heir to a department store fortune. After her first sighting of him, Clarissa reserves the hotel and the florist and selects her Vera Wang wedding gown. Her divorced parents—amiable, chick-chasing father and "brittle-boned, anorexic, four-pack-a-day smoker Jewish mother"—bring their own demented enthusiasms to the matrimonial pursuit. In due course, the fanciest wedding of the season takes place despite the bride's refusal to sign a pre-nup. But this is only one-third of the way through the book, and as you might imagine, Clarissa doesn't quite live happily ever after. A true antiheroine, Clarissa, like the rest of the cast, is unapologetically loathsome. In lesser hands she would be merely irritating, but Grazer gives Clarissa just enough intelligence and spark to make her shameless antics deliciously entertaining.