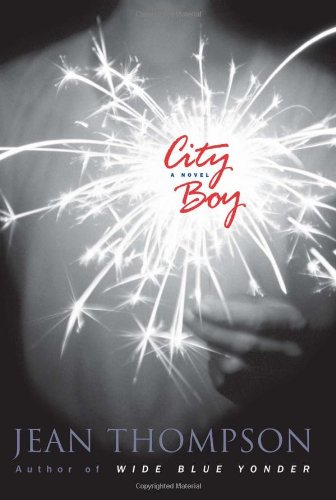 Thompson ( , etc.) dissects the breakup of a marriage in cool, convincing detail, capturing the fraught day-to-day dynamics of conjugal life in this neatly crafted novel. Jack Orlovich and Chloe Chase, both in their mid-20s, have just moved to an apartment on the gritty near-north side of Chicago, Chloe's new corporate job at a downtown bank. Jack has given up teaching high school English in order to write a novel, which gives him plenty of free time to joust with the couple's noisy new neighbor, Rich Brezak, a surly, womanizing young man with a penchant for full-volume reggae music. During frequent trips upstairs to ask for a lowering of the volume, Jack becomes involved in the lives of Brezak and the other wild kids upstairs, whom he finds repellant but also admirable, the way they "didn't try to pretend that one thing was its opposite, or that they didn't feel what they felt." Chloe, busy at work, grows increasingly disenchanted with their home life, and Jack begins to suspect that she is cheating on him. Addicted to his beautiful, high-maintenance wife, he loves her more than she will ever love him, but he doesn't usually like her, especially as she begins to drink too much. In tracing the widening fissures in the couple's relationship, Thompson paints a compelling picture of Chloe's fundamental dishonesty and the insecurities of a woman often hated or loved unreasonably for her beauty. Thompson's quiet observations sometimes verge on the simplistic, and Jack and Chloe can seem rather blandly archetypal, but the gradual unfolding of motive and shifting of sentiments reveals much about the mechanics of love, betrayal, lies and jealousy.