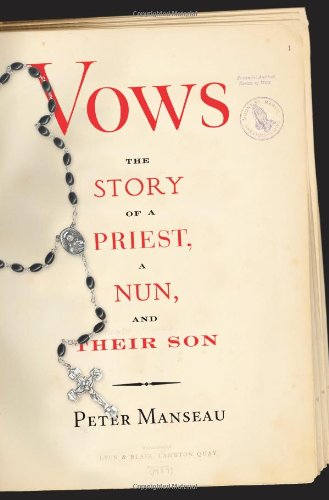 In an engrossing memoir, a young and talented writer limns the lives of his parents, a former nun and a priest who chose to marry but never renounced his ministerial orders. The co-author of and founding editor of the online magazine of the same name, Manseau draws on family memories, church records and mountains of material dredged up in the wake of the clergy abuse scandals to bring to life the vibrant working-class Boston Catholic culture of a half-century ago. He describes, from the inside out, a world of ecclesiastical obedience and principled rebellion, public virtue and private vice. He also dissects the ambivalent but loving heritage of parents who found themselves, by choice and by accident, on the vanguard of a religious reform movement that, to the outsider, seems rooted more in hope than in reality. As Manseau recounts, his father's status as a "married priest" put the family in an odd no-man's land peopled by married priests and former nuns, hoping for official ecclesiastical acceptance. Readers seeking detached biography will not find it in this wry and deeply affectionate tribute. Seductively well written, occasionally polemical, Manseau chronicles a son's attempt to make peace with the mysteries of faith and family.