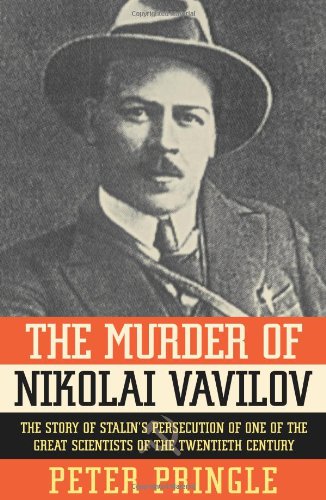 The Murder of Nikolai Vavilov: The Story of Stalin’s Persecution of One of the Great Scientists of the Twentieth Century

Pringle ( ), former Moscow bureau chief for the , offers a well-researched and well-written study of the murder of an outstanding Soviet geneticist and the ideological perversion of science. Pringle details the life and career of Nikolai Vavilov (1887–1943) through his rise in the early Soviet scientific establishment and awarding of the Lenin Prize. Vavilov was a scientist’s scientist, traveling the world to collect seeds and plants unavailable in Russia in order to transform “Soviet and even world agriculture, and ensure the survival of humanity through an adequate food supply.” He was one of the U.S.S.R.’s top scientists when Soviet authorities fell in love with the now-discredited notions of a rival scientist, Trofim Lysenko, who believed in the inheritance of acquired characteristics. Using recently opened archives, Pringle is able to detail Vavilov’s arrest on trumped-up charges of sabotage and spying, his torture and death in prison. Pringle has added another page to the lengthy tale of the deadly workings of the Soviet bureaucracy—and the toll of Stalin’s terror on the world by turning science into propaganda.