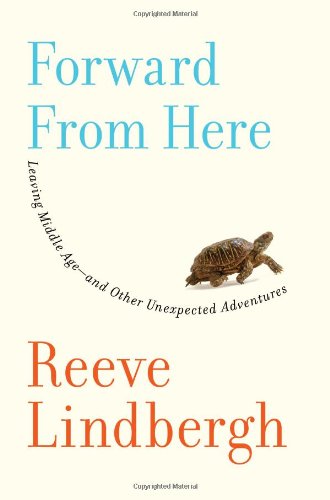 In this collection of poignant essays, Lindbergh ( ) struggles to extract meaning, and even solace, from an imperfect everyday reality. Heading her list of concerns is her looming 60th birthday and the change and decline that it symbolizes—the departure from home of her children, a benign brain tumor, the therapeutic drug culture that is the hallmark of old age in America. Despite her anxieties and losses, she manages to find in fragile, flawed things—a broken sea shell, a heron that's lost a leg—a kind of beauty. Lindbergh also explores her fraught relationship with her father, the aviator Charles Lindbergh, “an angry, restless, opinionated perfectionist” whose “very presence alternately crowded and startled everyone,” and grapples with the discovery that he had secretly fathered seven children—her half siblings—in Europe. Set mostly amid the tranquil surroundings of her Vermont farmstead, Reeve's essays are suffused with a sly, gentle humor that supports her quiet resolve to carry on.