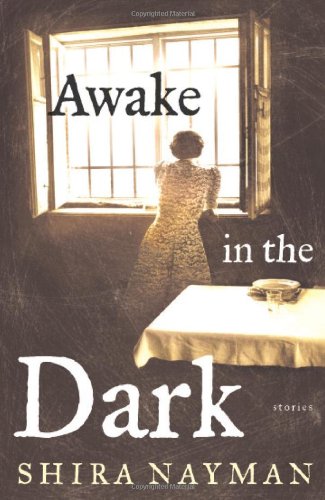 Awake in the Dark: Stories

Nayman's debut collection sees the children of Holocaust victims and participants coming to terms with family secrets. In "The House on Kronenstrasse," a middle-aged New Yorker is drawn to her childhood home in Heidelberg, where she discovers a devastating secret about who she is. In "The Porcelain Monkey," a young woman's discovery of a dreidel in a keepsake box prompts her father, who was a German soldier during WWII, to tell her about its origin; the truth inspires her to become an Orthodox Jew. In "The Lamp," a daughter who has never learned that she is the product of a Nazi rape makes peace with the fact that she will never know her mother's past: "Perhaps," she muses, "there are graves that must be dug if the living are to go on living." And in the novella "Dark Urgings of the Blood," a psychiatrist is haunted by a patient whose history eerily parallels her own. Nayman, a clinical psychologist, writes in a didactic tone that makes these stories read like earnest moral essays on already heavily covered themes. Still, her edifying lessons will appeal to readers looking for insight on the tortured choices imposed by Nazism.