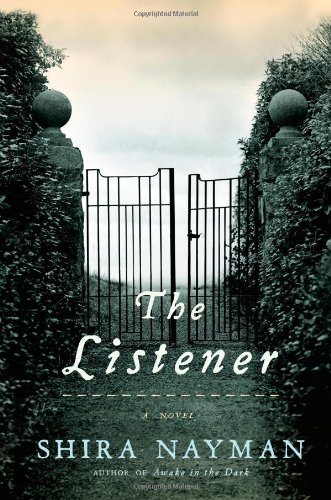 A psychiatrist turns out to be his own most difficult case in this slackly plotted first novel from Nayman (after the collection ). In 1947, Dr. Henry Harrison, the director of the New York City–area insane asylum Shadowbrook, begins treating Bertram Reiner, a German-born biochemistry Ph.D. who fought for the U.S. during WWII and claims to have committed himself to hide from his brother, a former Nazi. Shortly after receiving a letter claiming to be from Bertram's brother's wife, Henry sees a trespasser on the Shadowbrook grounds and begins to think Bertram might be telling the truth. Henry is also struggling with his own ghosts: he's haunted by the memory of a young female patient whose tragic death caused Henry to start using opium; his marriage is failing; and he's increasingly attracted to a nurse. Nayman plumbs the murky ethics of the analyst-patient relationship and tackles moral questions of collaboration and guilt, but her story struggles beneath a mountain of metaphysical weight. Meanwhile, philosophical allusions pile up as increasingly implausible plot twists and awkwardly timed flashbacks prevent this novel from becoming the psychological thriller it aspires to be.