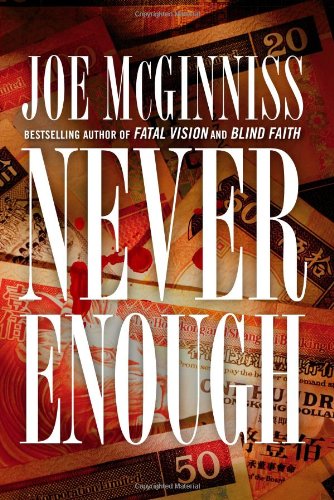 The saga of the highly competitive and superambitious Kissel brothers—who both end up murdered—is the dramatic center of McGinniss's ( ) newest account of the unsavory side of family life. Married in 1989, Robert and Nancy Kissel looked like the storybook couple: she was gorgeous, he was an upward bound investment banker. But Rob's family was a pressure cooker, and Nancy had a cruel, unforgiving streak (“No Amish church practiced shunning with more rigor”), and when Rob was transferred to Hong Kong, according to McGinniss, Nancy felt trapped and alone in the “gilded cage” of their luxury apartment complex. In 2002, she drugged Rob and bludgeoned him to death, then wrapped the corpse in a carpet and put it in storage. Despite her claims of self-defense against an abusive husband, a Hong Kong jury found Nancy guilty. The couple's three children, raised primarily by a nanny, were taken in by Rob's brother, Andrew, who was facing his own legal, marital and financial difficulties, and was soon found murdered in his Greenwich, Conn., house. The case remains unsolved. In McGinniss's compelling account, the Kissel family—full of potential but riven by endless battles among the brothers and their sister and father—represent the American tragedy in which ambition and the pursuit of wealth turn deadly.