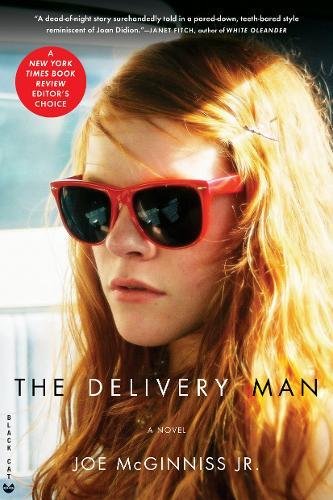 Sex, lies, crushed dreams and slot machines are paramount in McGinniss's flashy, fast-moving debut. Chase is a struggling artist who couldn't hack NYU and moves back to Vegas, where he is reunited with his adolescent flame, Michele. After being fired from his teaching job for beating up a student, Chase plans to hook up with his girlfriend, Julia, in California, but instead spends his summer as a chauffeur for Michele's call-girl business. Michele has plans for herself (buying a house, getting an advanced degree in women's studies), but for the time being is running the call-girl service out of a suite in the Versailles Palace Hotel and Casino with her boyfriend, Bailey. Girls too young for the job, readily available cocaine, untrustworthy business partners, memories of a family tragedy and glammed-out Vegas goons make Chase's summer more stressful than he had hoped for as he attempts to finish a few paintings for a group gallery show. The novel is action-packed, though the character development—particularly with the women—is sometimes superficial. McGinniss (son of another Joe McGinnis you may have heard of) successfully gambles with the notion that whatever happens in Vegas stays in Vegas, but what does that mean for Chase and his plans to escape?