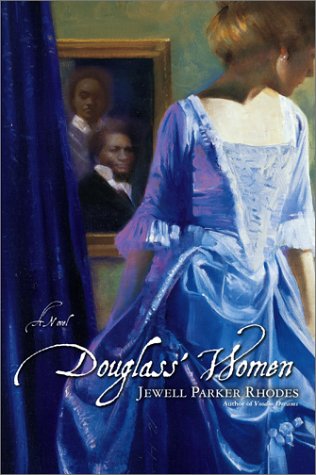 Frederick Douglass's love life was nearly as tumultuous as his political career—or so Rhodes (; ) posits in this vividly imagined recreation of the romantic triangle formed by the great abolitionist, his black wife and his white mistress. Anna Murray is Douglass's first love, a free Maryland woman of color who falls in love with the young slave and helps him escape the South. Douglass follows through by marrying Murray and moving her to New Bedford, Conn. Marital life begins blissfully enough, but soon Anna finds herself alone raising Douglass's children while he travels to promote the abolitionist cause. Douglass, meanwhile, meets his intellectual match in German beauty Ottilie Assing, and their relationship turns physical when they journey together to England. Anna learns of the affair shortly after their return, but once her temper cools she tolerates Assing's presence, even allowing Douglass to include her in the living arrangements when the family moves to Rochester. The narrative clips along as Rhodes introduces the various romantic angles, but as a character study the book has some noticeable flaws. The uneducated but feisty Anna emerges as a well-drawn, multifaceted character, and Assing is effectively portrayed as she tries to balance her love for Douglass with her desire to be known as something more than the obscure mistress of a powerful, charismatic figure. Douglass, however, remains a shadow figure, mostly because Rhodes never gets beneath the surface of his romantic personality and leaves out elements of his controversial political contributions that would have fleshed out the narrative. This is a solid, well-conceived novel, but by isolating Douglass's passion from his politics, Rhodes creates a book that is as incomplete in its own way as the historical treatments that ignore the personal life of the great orator.