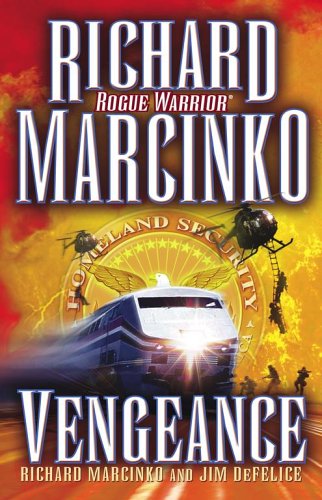 As usual, Marcinko's indestructible hero of his Rogue Warrior series is... himself. This time around (his 11th), Marcinko and his ex-military Rogue Warriors, operating as a private security company, are pulling off very successful attack exercises on transportation and energy targets in the U.S. While Marcinko and his pals are embarrassing the Department of Homeland Security (and offering hilariously deadpan, expletive-filled assessments of the government's performance), someone is sending Marcinko deadly messages, with more in mind than a public relations kerfuffle. As Marcinko investigates the puzzling clues, a cloudy picture emerges of Bosnian Muslim terrorists, smuggling, a missing French intelligence agent, strange connections to the Vietnam War and a very real threat of another major terrorist attack on U.S. soil. The story rushes from one pile of dead bodies to the next and ends with an exciting showdown at the Las Vegas Sands. While the action is tight (and spiked with cool super-spook technology), the villains' motives and malice are weak and unconvincing. Marcinko's highly profane first person remains as funny and charming as ever, though, and fans won't be disappointed.