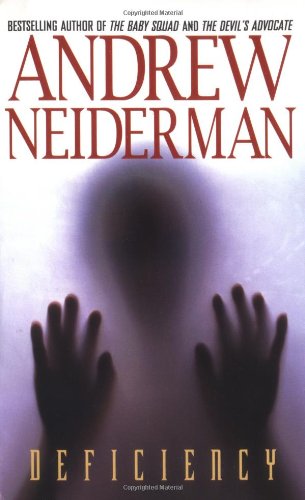 Niederman ( etc.) unleashes a remorseless monster who looks human but is far more deadly in this fast-paced medical murder mystery. In a small town in upstate New York, a young woman is rushed to the emergency room, where she soon dies. Dr. Terri Barnard determines the cause of death to be extreme vitamin C deficiency, which sounds preposterous given the woman's general good health. But when another young woman dies of a sudden loss of vitamin B, Terri and the local authorities begin to suspect that a very unusual serial killer may be on the prowl. In a parallel narrative, a nameless drifter seduces women young and old. A medical enigma, he seems to draw strength from the women, draining them of the nutrients his body lacks. He is confused not only by his body's abnormal physical needs, but by memories, or rather, their conspicuous absence: he cannot remember his family, or anything about his life prior to a few years ago. The story cuts back and forth between the two perspectives, and accelerates as Terri and her colleagues come closer to finding the predator. Despite a strong setup and an intriguing villain, the finale feels rushed, and the explanation for the killer's biology is disappointingly derivative.