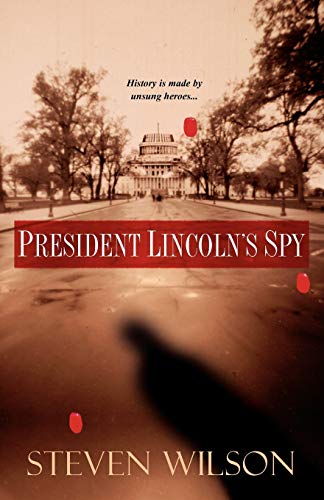 This Civil War thriller from Wilson ( ) fails to deliver on the promise of its gripping opening scene at the first battle of Bull Run in July 1861. When hot-headed Yankee Capt. Fitz Dunaway defies the retreat order of his superior, Colonel Pettibone, and rallies his command to repel a Confederate attempt to break through the Union line, Dunaway winds up in the guardhouse for insubordination. Thaddeus Prescott, the U.S. assistant secretary of war, hands Dunaway a way out by offering him a place on President Lincoln’s protective detail, but Dunaway’s real job is to pose as a malcontent eager to join forces with conspirators seeking to assassinate the president. Unfortunately, the author doesn’t supply enough plot twists or psychological depth to compensate for the lack of suspense about the outcome of any design on Lincoln’s life in 1861. Readers looking for quality political intrigue and mystery against a Civil War backdrop might turn instead to Owen Parry’s Abel Jones series ( , etc.).