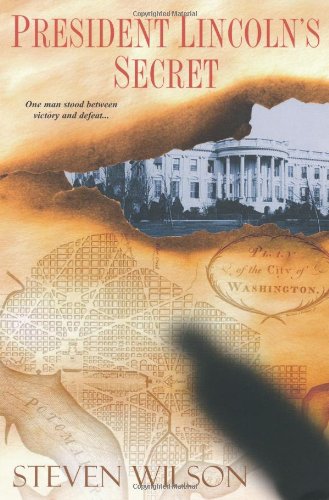 Set in 1863, Wilson's melodramatic sequel to finds Col. Thomas Fitzgerald Dunaway and his outspoken new bride, Asia, embarking on a spy mission for President Lincoln after a suspicious explosion at the DuPont Works, a gunpowder factory, in Wilmington, Del. Royal January, an actor who's literally crossed swords with a drunken John Wilkes Booth, and Royal's actress sister, Victoria, are Confederate sympathizers involved in a devious plot against the Union army. Asia's half-brother, Robert Owen, has fallen in love with the beautiful but amoral Victoria and joined the rebel cause. The disappearance of the Januarys' associate, Professor Phillip Abbott, who knows the secrets of the Union's ironclads, sends the Dunaways on a Canadian sleigh chase, one of the highlights of this over-the-top romantic thriller, which might have benefited from more Lincoln cameos.