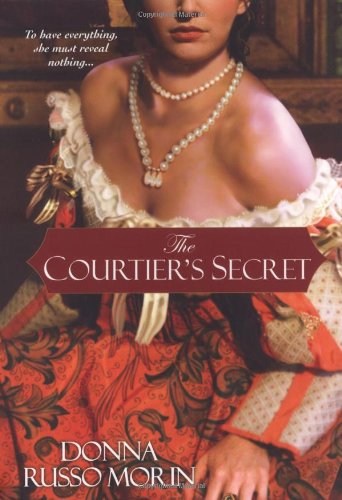 Kicked out of the convent at seventeen, Jeanne Du Bois, the heroine of Morin's uneven historical, returns to Louis XIV's court only to rebel against her father's plans to marry her off to a fop. With training and a false moustache provided by a sympathetic uncle, Jeanne disguises herself as Jean-Luc, a gifted swordsman who fights alongside musketeers Henri and Antoine. She leads a tricky double life, particularly when, dressed as Jeanne, she wins Henri's heart and helps him uncover a threat to the queen. Morin fills her tale with maidens, mistresses and musketeers mired in intrigue, but her attempts to heighten dramatic intensity prove artificial: Jeanne's father is not only tyrannical, he's abusive; royal mistresses are not only conniving, they're murderous; and Jeanne's visit to a courtesan for advice seems particularly contrived. The novice novelist makes up for such simplistic technique by supplying lots of action, as Jeanne goes through quick costume changes, one minute a voluptuous virgin about to be raped, another a daring do-gooder, rapier in hand.