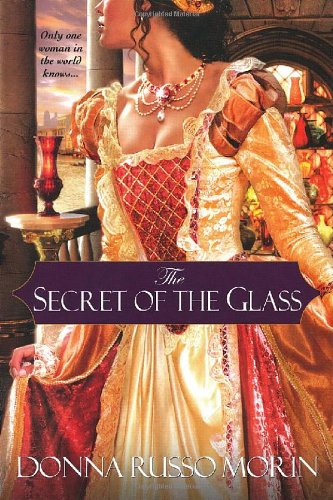 The Secret of the Glass

The latest inspiring historical romance from Morin ( ) celebrates the eternal charms of Venice, Murano glass, and Galileo, with the story of a courageous 17th-century woman glassmaker forced to work in secret (like other female artisans) under Venetian law. Sophia Fiolario is the eldest daughter of Zeno Fiolario, one of Venice’s glassmaking maestri, a talented protégé who must give up her art to marry Pasquale da Fuligna, a middle-aged nobleman whose family hopes to acquire the wealth of the Fiolarios’ glass factory. After her father falls ill, Sophia begins a secret lens project for Galileo, resulting in a binocular-type device; once involved with Galileo, however, Sophia finds herself the target of a papal crackdown that ensnares her family and the impoverished man with whom she’s fallen in love. Luckily, Morin conjures an unlikely upbeat destiny for these rebel hearts, making for a decidedly ending.