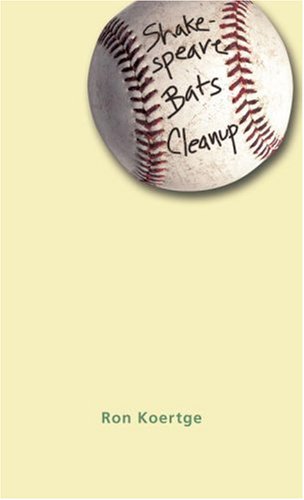 A 14-year-old baseball star temporarily sidelined by a case of mono narrates Koertge's (; ) affecting novel told in verse. After Kevin's writer father gives him a journal, the bored boy sneaks a book about poetry out of his father's den and decides, "I'm just going to fool around a little,/ see what's what poetry-wise." Though he dabbles in several poetic forms, including haiku, sonnet, ballad and rhymed couplets, Kevin writes primarily in free verse. He candidly and sometimes comically muses on his baseball ambitions, former girlfriends, teammates, his rapport with his supportive, sympathetic father and his budding romance with a bright, caring young woman. Several heart-wrenching poems describe his and his father's pain—and gradual healing—following the recent death of Kevin's mother. Some of the entries are more effective than others, yet the teen's newly discovered poetic voice evolves believably and winningly. Kevin's numerous perceptive observations (e.g., "The rules of the game/ [of] baseball and poetry aren't that different"; "When I got sick I missed baseball./ When I got well I missed writing./ Amazing") may well inspire readers to reflect on their own feelings and aspirations—and to express themselves more creatively. This novel scores points for both style and substance. Ages 12-up.