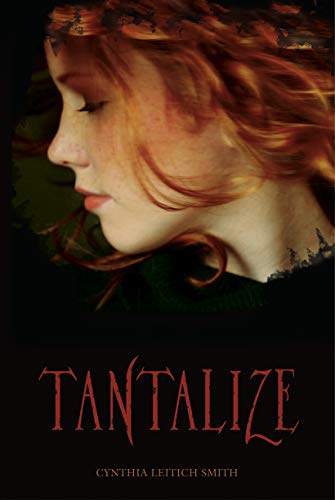 Following her parents' death, Quincie Morris was left in her Uncle Davidson's care, and the fate of the family's Italian restaurant was left in hers. Now 17, Quincie, who narrates, and her uncle have renamed the place Sanguini's. They've remodeled it with a "vampire theme," which they believe will sell in their Texas college town since "vampires are a fringe population, and Austin is a tolerant place." A month before the grand re-opening, however, the longtime chef is mauled to death in the kitchen, and the murder suspect is a werewolf. Quincie finds this problematic, since her lifelong best friend and love interest, Kieren, is a "hybrid werewolf" who traces his lupine heritage to the wolves that roamed Ireland with St. Patrick. A new chef shows up who may be talented but is also spooky, with red contact lenses, pale hair and a menu featuring sweetbreads, blood sausage and baby squirrels in honey cream sauce. Best known for her Native American stories, Smith uses advertisements, newspaper clippings and menu pages to liven the pace, and creates palpable tension in the novel's second half. Quincie's story hews closer to the campy episodes (e.g., " 'You ate the police?!' I exclaimed") than to the elegant romanticism of Stephenie Meyer's books, but horror fans will be hooked by Kieren's quiet, hirsute hunkiness, and Texans by the premise that nearly everybody in their capitol is a shapeshifter. Ages 14-up.