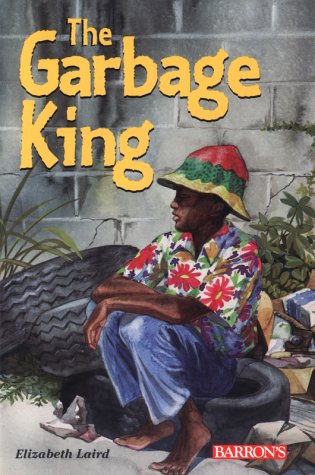 This workmanlike novel clearly portrays the grim options facing street kids in Ethiopia. After the death of his drunken, abusive mother, on the verge of eviction from the home he shares with his sister, Mamo is kidnapped by a man masquerading as his long-lost uncle and sold into slavery on a farm, then escapes back to the city. Spoiled, wealthy Dani takes to the streets when his lackluster performance in a private school so enrages his father that he plans to send Dani to live with his tough old Somali servant ("If anyone can make a man out of you, Feisal can"). While Laird ( ) faithfully sketches the dangers facing these protagonists, many relationships seem superficially developed. For example, Mamo's sister is said to have raised him and cared for him ("She'd staggered around with him on her hip, though she was hardly more than a toddler herself"), but she reacts to his disappearance with relief and feels guilt ("although she hardly knew why") only when she learns he has joined a gang of , street kids, "the lowest of the low." The hierarchical, communal relationships between the boys in the gang prove stronger if a bit stereotypical. While the resolution, especially Dani's return to his family, glosses over many of the problems Laird has introduced, her cautionary tale warns readers about the experiences awaiting runaways of any nationality. Ages 12-up.