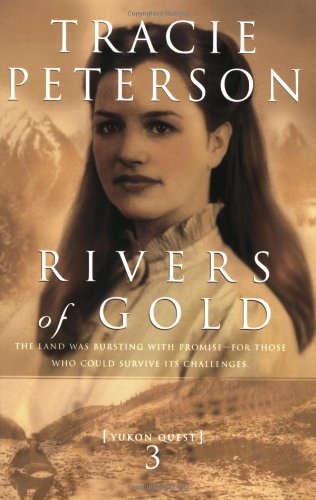 In this third and final installment in the Yukon Quest series, Peterson, a veteran author of 35 novels, satisfies her loyal fans by tying up the loose ends left dangling in the previous two volumes, but leaves readers wishing for more character development and a believable story line. After narrowly escaping death in Canada's Lake Laberge, the half-drowned Miranda Colton is thrown upon the mercy of Thomas "Teddy" Davenport, a botanist intent on finishing a book about plant vegetation, and determined not to be diverted by romance. Just a few miles away, Karen Ivankov; her husband, Adrik; and Miranda's very pregnant sister-in-law, Grace Colton, struggle to live through the chilling Yukon winter in only a tent. They grieve for Miranda, whom they believe is dead. Meanwhile, Grace's husband, Peter, regrets his past treatment of the wife he has given up for lost, unaware that she is alive and about to make him a father. Peterson keeps the pace light and the characters mostly one-dimensional. There are too many disasters: fires destroy buildings, a murder is committed, loved ones are injured or fall sick, kidnappings occur, justice goes awry. The characters' Christian faith rarely wavers in the face of such adversity; even debauched alcoholic Crispin Thibault undergoes a deathbed conversion. But despite the contrived plot and faint character development, Peterson's writing is strong enough to keep readers turning the pages.