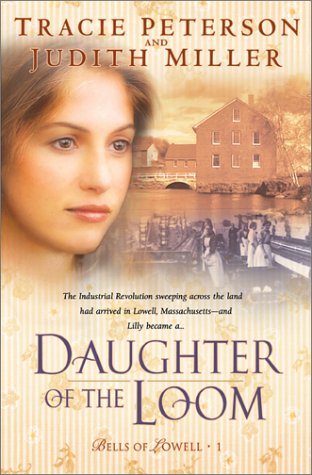 DAUGHTER OF THE LOOM

Two veteran novelists team up in this evangelical Christian historical fiction series debut that explores interesting social issues, but eventually falls flat. Nineteenth-century New England is in the throes of change as it morphs from an agricultural economy to textile industry. Caught in the growing pains of her little town of Lowell, Mass., is the comely Lilly Armbruster, who has lost the family farm through the death of her parents and the greed of her older brother. Her devotion to the ambitious Matthew Cheever is dispelled when he seemingly sells out his values to become the protégé of a dubious business mentor. Lilly contracts to work in the textile mills with the idea of becoming an "instrument of God" and sabotaging the business that she feels has cost her everything she loves. The story begins promisingly enough with some discerning historical insights about the problems of industrialization for women and ethnic groups (sexual harassment, poor working conditions, prejudicial treatment), but the pacing is slow, the dialogue and actions are often wooden and the abundant sermonizing is a constant distraction. Although there are some surprises in the character development of Lilly and Matthew, other characters are one-dimensional and undergo unbelievable transformations too quickly. The sulky Lilly is also difficult for the reader to like. However, fans of Peterson and Miller will likely appreciate that the authors wrap up enough loose ends to make this work not only as a stand-alone title but also as an introduction to the series.