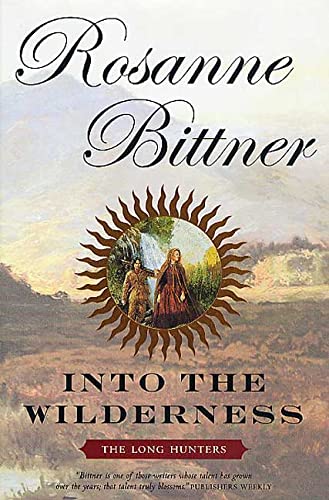 INTO THE WILDERNESS: The Long Hunters

Popular historical romance writer Bittner () is off to a solid start with the first of her Westward America! series, which will examine the settling of America, moving progressively westward with each novel. Her tale begins in Pennsylvania's Allegheny Mountains in the 1750s, against the backdrop of the French and Indian War. The author's extensive research into 18th-century Native American life as well as the dire circumstances faced by the New World's early settlers add zip to the budding romance between 16-year-old frontier pioneer Jess Mathews and heroic hunter Noah Wilde, who saves Jess's life during an Indian attack. Noah is a spy for the English; he's on top of French strategy and also knows which tribes favor the French or English in their territorial conflict. Bittner ably captures early colonial life, portraying—among other historical figures—a young George Washington, appearing as a scout for the British and guided by the able Noah. The drama peaks when most of the Matthews family is massacred during an Indian raid; Jess is kidnapped by a group of young warriors while other Indians take her toddler brother. The author's clever juxtaposition of fierce warrior behavior with touching acts of tribal kindness result in a three-dimensional picture of Native Americans. The powerful dual portrait of Jess, a remarkable survivor, and Noah, an experienced hunter and canny diplomat, gets this series off to an auspicious start.