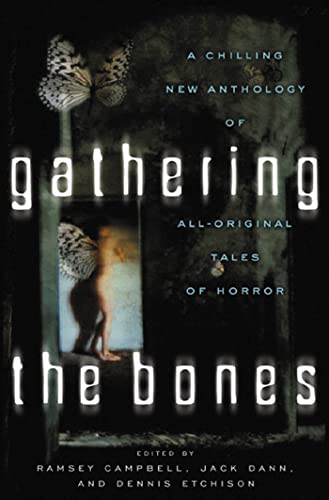 English is the common language and horror the dialect in this melting pot anthology of 34 new stories drawn about equally from each editor's country of residence: the U.S., Great Britain and Australia. Mixing contributions from seasoned pros with the work of newcomers and showcasing approaches that vary from graphic realism to surrealistic nightmare and cross-genre splices, the contents resist pigeonholing and fulfill the editors' ambition to portray horror as "a field whose boundaries are no longer rigidly defined and where literary values coexist with the leading edge of popular culture." Steve Nagy leads off with "The Hanged Man of Oz," a creepy riff on that subversively sets the "we're not in Kansas any more" tone for selections that follow. Kim Newman excels with "The Intervention," a Kafkaesque black comedy about a deprogramming victim that deftly balances absurdist social satire with paranoid horror. Lisa Tuttle's "The Mezzotint" is one of several stories that evoke classic horror fiction, in this case a tale by M.R. James, whose plot she brilliantly inverts in an account of sinister deceptions that darken a romantic relationship. In most stories the subtle and suggestive trump the physical and gruesome, such as "No Man's Land" by Chris Lawson and Simon Brown, where vividly described horrors of trench warfare prove an avenue to more awe-inducing terrors. Although there are as many competent but unremarkable stories as there are standouts, this book shows that distinctions of national origin and cultural difference dissolve in horror stories expertly cast from a crucible of quality.