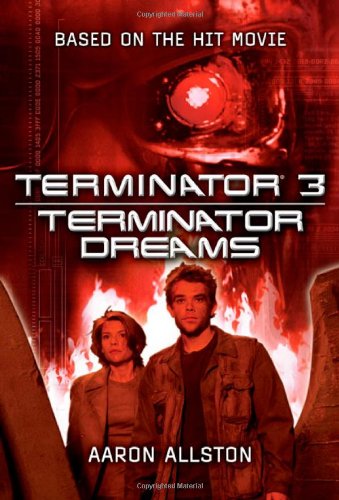 Adolescents of all ages will have fun with Allston's rock-'em sock-'em riff on the characters and settings of last summer's . It's shortly before "Judgment Day" (supercomputer Skynet's attempted annihilation of humanity), and cyberwizard Danny Avila is refining the arch-robot Terminator into America's ultimate fighting machine. He dreams ominously of robots gone rogue, destroying their creators. Jump to 2029, and Daniel, now a middle-aged amnesiac fighting alongside human resistance leaders John Connor and his wife, Kate, dreams strange dreams of the past he can't consciously remember, dreams that spill over into the sleep of his fellow guerrillas and draw Skynet's wrath down on them. Caught in a horrible dilemma where he must help produce the very weapon that may wipe out the human race or risk being fired and thus become impotent to help future humanity, present-day Danny tears through one wild and lethal chase scene after another, while in 2029 Connor, supported by his daughter Kyla's Hell-Hounds, takes on wave after wave of advance-model Terminators. Breathless action and unstoppable pace propel both parallel plots to so relentless a denouement that the cardboard human characters, their equally two-dimensional robotic nemeses and their all-too-predictable motivations scarcely matter. Arnold's adventure fans, rejoice; this is the stuff that role-playing dreams are made of.