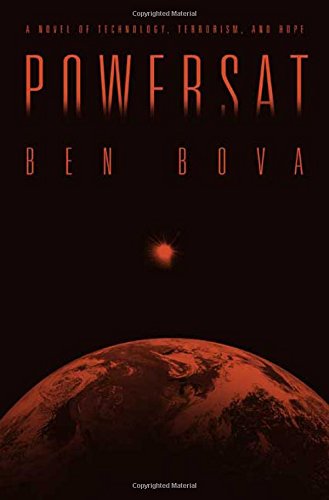 Bova's polemical near-future SF thriller will appeal most to established fans who share his pro-space exploration politics. After Dan Randolph's Astro Corporation loses its experimental space plane on re-entry to the atmosphere, Dan discovers that the plane was destroyed by a terrorist conspiracy headed by "tall, bearded Saudi" Asim al-Bashir, who wishes to sabotage Astro's plans to put satellites in geosynchronous orbit capable of beaming solar energy in microwave form to earth. Al-Bashir has powerful allies, among them oil magnate Wendell T. Garrison, but Dan can turn to his own friends, including a female staff member who penetrates al-Bashir's organization. Dan later recruits to his cause some independent-minded FBI agents and Sen. Jane Thornton, with whom he renews their old affair (despite Jane's being secretly married to a senator running for president). While the straightforward motivations of both heroes and villains verge on the simplistic and the plot holds no surprises as it builds to a climactic confrontation over Washington, D.C., the author supplies a suspenseful ride and plenty of high-tech hardware.