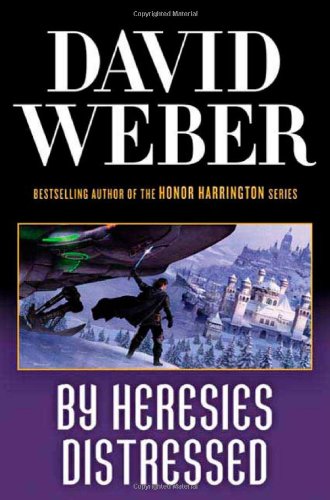 In this tangled follow-up to 2008's , the corrupt Church of God Awaiting has ruthlessly suppressed technology on the planet Safehold for the past 800 years. Merlin Athrawes, a cybernetic avatar bodyguard serving the king of Charis, has introduced a sequence of innovations that allow the united island kingdoms to defeat the Church's agents, but the Church's rulers soon adopt the very technology they proscribe. Their greater resources, combined with a fanatical fifth column not averse to assassination, make the long-term prospects of the “heretical” empire appear bleak, especially as Charis must pause to pacify new territories while responding to recent massacres. The personalities and motivations of the numerous characters are particularly well drawn and credible, and Weber makes grand strategies and political machinations easily accessible to casual readers.