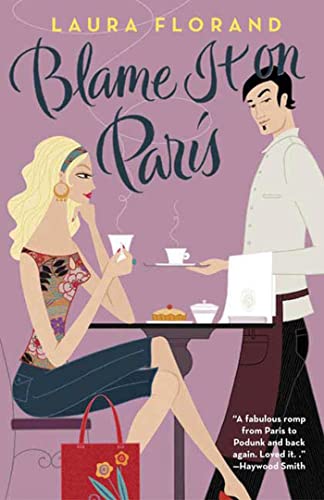 Blame It on Paris

Florand's debut novel is the semiautobiographical story of the intercontinental courtship of Laura H— and Sébastien Florand. Laura, in Paris for a year on a Fulbright in 2001, isn't looking for love, but after her friends dare her, she invites to a party the hot bistro waiter she's been salivating over. They, of course, hit it off; Sébastien proves to be suave, romantic and smart, and a talented artist to boot. When Laura's scholarship ends, she returns to America, but unable to bear their separation, she quits her Ph.D. program and returns to Paris to live with Sébastien in an apartment "smaller than most American cars." Clashing cultures—she's from rural Georgia—supply much of the humor; after Laura and Sébastien decide to marry, his extended family flies to Georgia to see the couple wed at her family home, and though the French contingent's reactions to American culture—no wine on Sundays?— are funny, preparations for the epic French village wedding are much more interesting. The lovers' quarrels, however, are tedious, and Florand's lengthy descriptions of the vast spools of red tape the couple encounter while trying to secure work permits and visas seem extraneous in this frothy French confection of a novel.