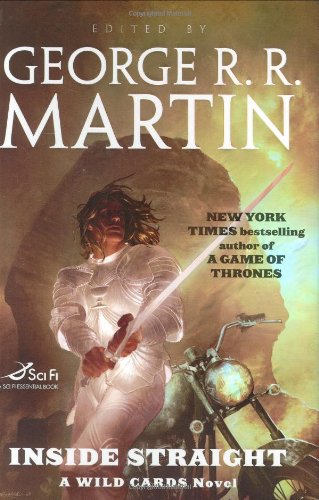 The newest Wild Cards mosaic novel marks a new beginning for the long-running saga. Veteran contributors such as Melinda M. Snodgrass and John Jos. Miller and newcomers like Carrie Vaughn and S.L. Farrell create a new generation of fantastical characters, including Jonathan Hive, who can transform himself into a swarm of wasps, and the six-armed, tattooed giant Drummer Boy. Twenty-eight superhuman “aces” are cast in a new reality show called . As the contestants compete in staged challenges and systematically get voted off amid Hollywood-fueled melodrama, horrific events in the Middle East bring to light the glaring unreality of reality television. When the show reaches its climactic final episode, some of the contestants decide to forsake the trappings of fame and fortune and become real-life heroes. The first volume of a projected trilogy, this fast-paced and sardonic story will appeal to comic book aficionados and heroic fantasy fans alike.